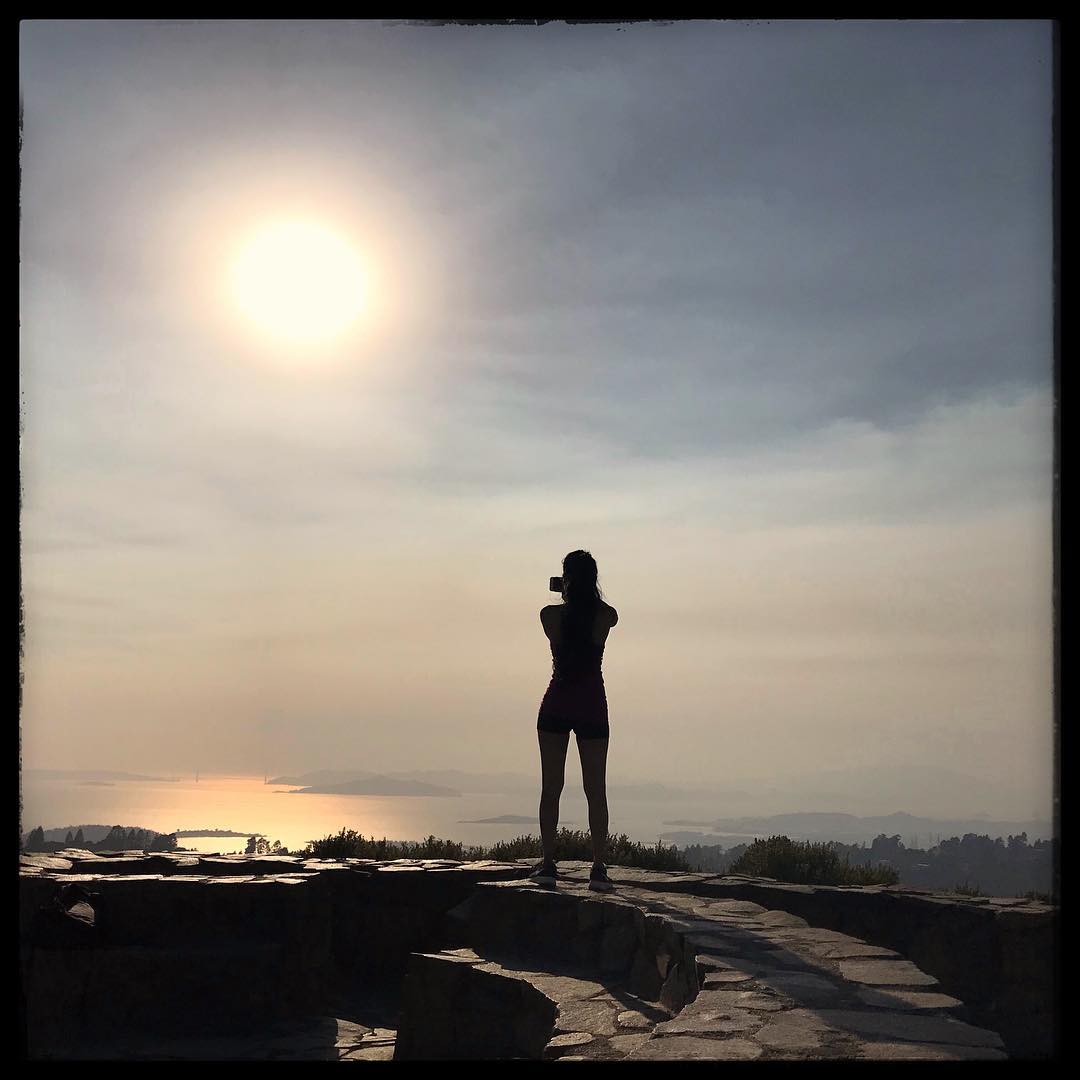 A smoky day over San Francisco Bay. Wildfires burning in Napa County filled the air with a dense haze and obscured what usually is a clear view out to the Golden Fate from Wildcat Peak in Tilden Regional Park. I had planned a hike at Point Reyes on the coast but our son’s family had evacuated their new home in Napa so I decided to stay closer to home. A few other intrepid hikers made their way to the summit including this young woman photographing the vista. Her stark figures forms a dramatic silhouette against the sun and sky.

Wildcat is one of my favorite local peaks, only a few miles from central Berkeley. There’s an environmental museum and little farm with animals for the kids to feed, and several trails heading up through eucalyptus forests to the ridgecrest. With an EBMUD permit you can continue north on the East Bay Skyline National Trail and then drop down to the east to San Pablo Reservoir.