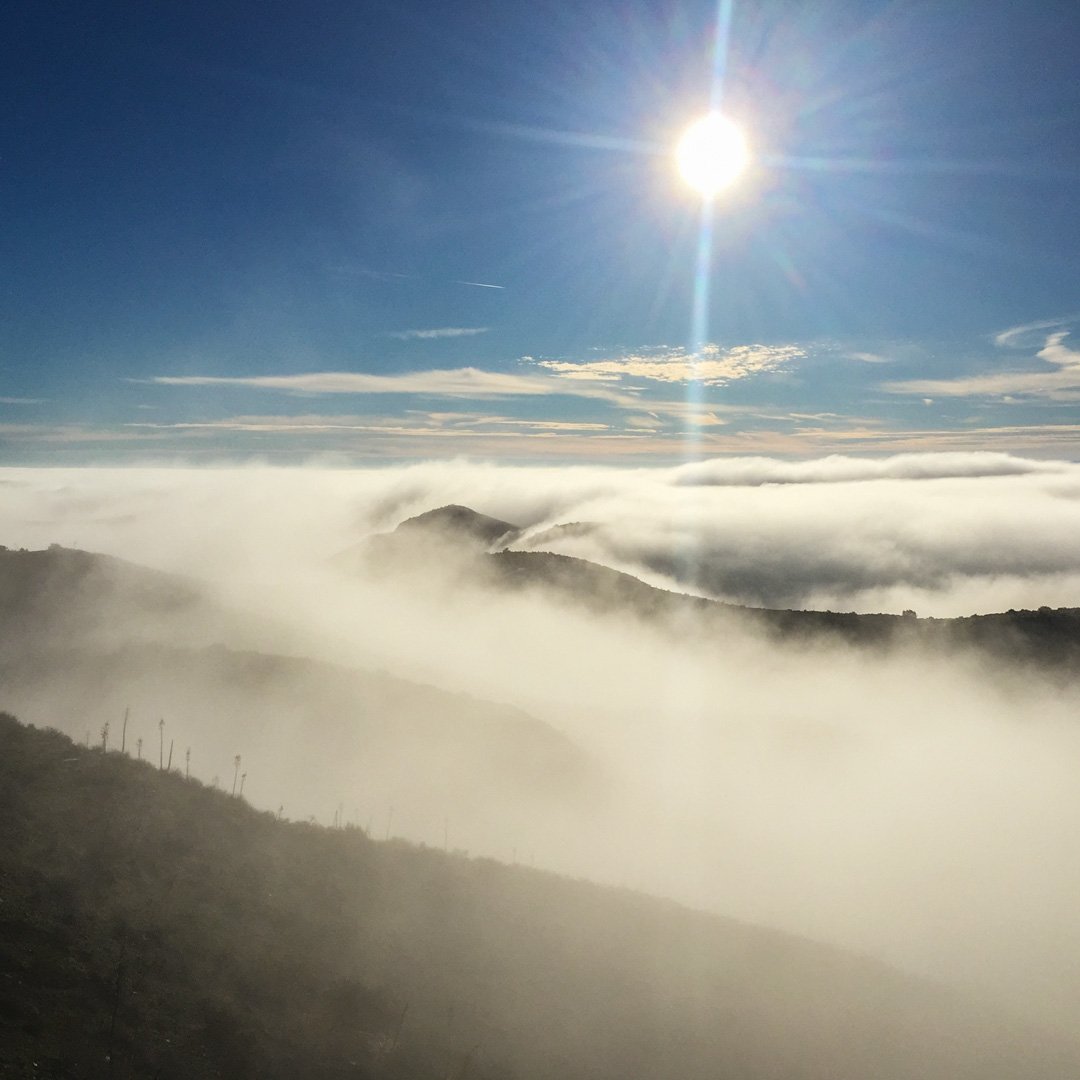 Along the eastern flanks of North Central California’s Diablo Range a low series of hills marks the transition to the agricultural lands of the Central Valley. Among them are a series of public parklands and open spaces run by the Bureau of Land Management, providing access to hikers, campers and hunters. It was a cool January day when a friend and I set out to explore Griswold Hills in San Benito County. The trail maps showed a five and half mile hike round trip to the highest point, on a narrow trail that switchbacked up and then followed a ridgeline. The morning fog had cleared when we started hiking but it soon reappeared and as we got higher we were enveloped in cloud. Then to our surprise for the last few hundred feet we emerged above the low clouds to a dramatic view and sky.