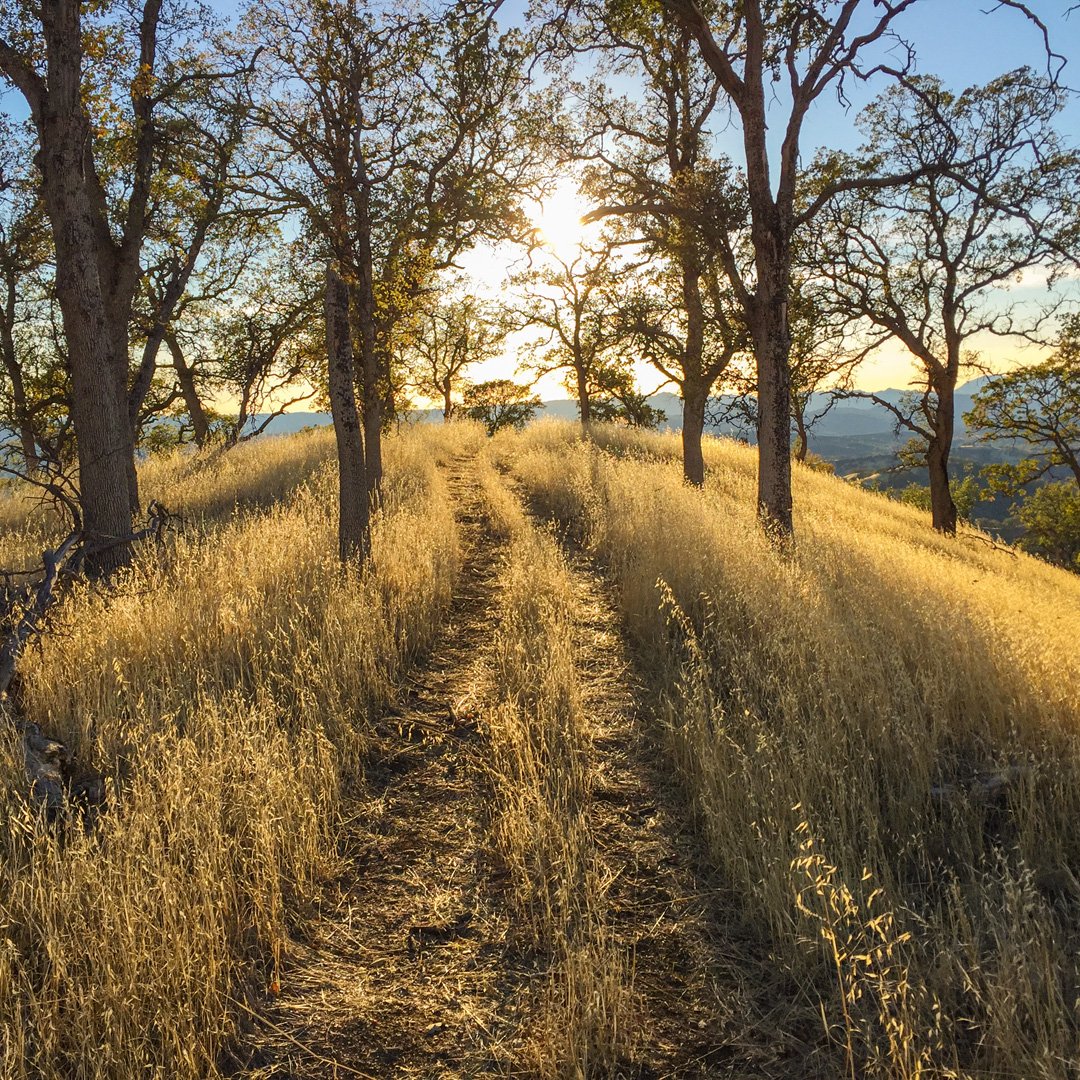 The genesis for the peaks project came in 2014 when I set out climb a new peak every day. For the milestone 100th day I went with two friends for a long 15.9 mile hike to the top of Berryessa Peak. For years the peak, the high point of Blue Ridge on the western edge of the Sacramento Valley, was inaccessible; over 9000 acres of BLM land surrounded by private property. In 2008 though one of the landowners granted an easement for a trail and volunteers from Tuleyome, a local non-profit conservation agency, built a single track trail to the summit. The track winds up through oak forest and grasslands, then traverses beneath a steep escarpment and drops briefly into a canyon before the final push to the summit crest. On the day of our climb we could see Mount Lassen and the Sierra Crest, and then in the far north on the horizon, the faint outline of snow-covered Mount Shasta.

Berryessa is now the signature summit of the Berryessa-Snow Mountain National Monument, created by President Obama in 2015 after years of concentrated effort by citizens and many many public hearings. Even now though its preservation is not secure. The current administration threatened to revisit the designation, setting off another intense public campaign of support.

The photo above was from late in the hike as the afternoon sun sharply backlit the scattered trees. It’s easier to see wonder and beauty in the intense illumination of magic hour. Our senses are sharpened, our minds alert. Remembering that vision when the light is dull, the days are ordinary, and there is hard work to be done, is more difficult, and yet essential.