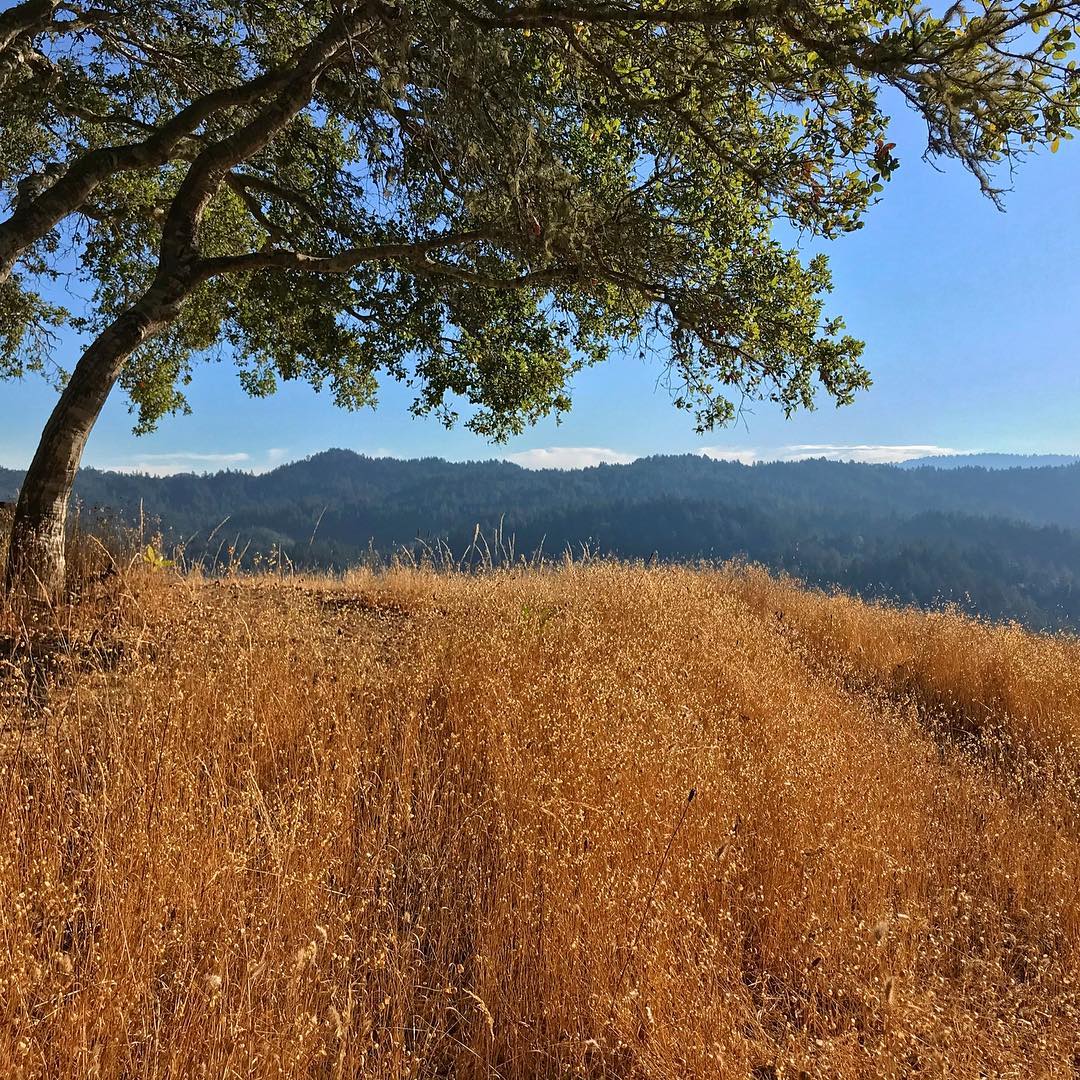 Ridges and valleys. Much of western Marin county is laced with long ridges running northwest roughly following fault lines. I’d driven though San Geronimo Valley on the way to Point Reyes many times but never hiked up on the high ridge to the north in French Ranch Open Space until some updated prominence calculations showed a new 300′ prominence crest on Dixon Ridge.

From a small pullout on the Nicasio Road a well-marked fire road winds up through a series of vineyards before entering the public lands. It’s airy and clear with views opening out across the valley to the next ridge south. A few small signs and gates across the road hint at an uneasy truce between landowners and the hiking/outdoors community. Apparently the trail had been used for 60 years by walkers and equestrians until new owners tried to block access to the new parkland. There’s always a balance between different land uses and in this case, thankfully, it seems the Marin Supervisors worked out an agreement.

In many countries in Europe hikers have a general public right to hike on certain lands, but here in the US the issue is much more fraught. It is only through dedicated efforts of public agencies, environmental and outdoors groups and well-minded landowners that we have as much access as we do, something we don’t often think about when we enjoy our landscape.